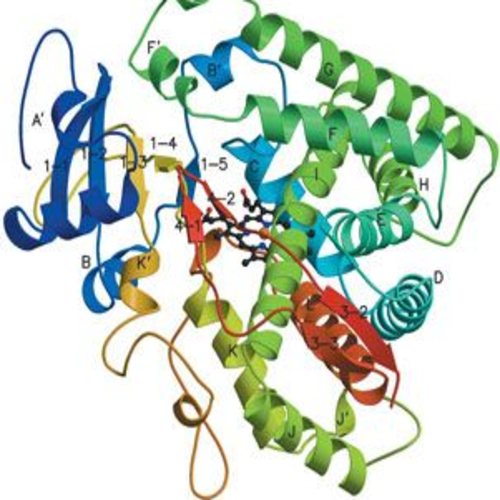 Warfarin Sensitivity Genotyping
Why Get Tested?
To determine CYP2C9 and/or VKORC1 genetic variations and are likely to need lower, or less commonly, higher than average doses of the "blood-thinning" drug (anticoagulant) warfarin.

Description:
Warfarin is metabolized primarily via oxidation in the liver by CYP2C9, and exerts its anticoagulant effect by inhibiting the protein vitamin K epoxide reductase complex, subunit 1 (VKORC1). Three single nucleotide polymorphisms (SNPs), two in the CYP2C9 gene and one in the VKORC1 gene, have been found to play key roles in determining the effect of warfarin therapy on coagulation. The nomenclature for the CYP2C9 SNPs is unique: the normal, or wild-type, variant is referred to as *1 ("star 1"), the two polymorphic versions are *2 ("star 2") and *3 ("star 3"), and each person can carry any two versions of the SNP. For example, a person with two normal copies would be *1/*1, a person with only one polymorphism could be *1/*2, and a person with both polymorphisms could be *2/*3.
CYP2C9*1 metabolizes warfarin normally, CYP2C9*2 reduces warfarin metabolism by 30%, and CYP2C9*3 reduces warfarin metabolism by 90%. Because warfarin given to patients with *2 or *3 variants will be metabolized less efficiently, the drug will remain in circulation longer, so lower warfarin doses will be needed to achieve anticoagulation.
In the VKORC1 1639 (or 3673) SNP, the common G allele is replaced by the A allele. Because people with an A allele (or the "A haplotype") produce less VKORC1 than do those with the G allele (or the "non-A haplotype"), lower warfarin doses are needed to inhibit VKORC1 and to produce an anticoagulant effect in carriers of the A allele.
Reasons for Referral: Excessive Clotting Disorders, Heart Disease, Stroke.
Sample Requirement: Whole EDTA blood
Test Preparation: No test preparation is needed.
Test Done by: The PCR product is then separated by gel electrophoresis